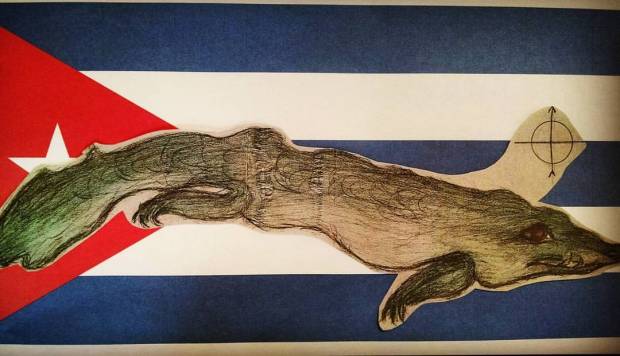 One day Old tells the true story of Operacion Pedro Pan through the lens of a dream. Wendy is the daughter of a Cuban exile and a college freshman away from home for the first time. She loses a necklace that her father gave her- one of the few physical items that her family has since they fled Cuba in the early 1960s. In a dream, she meets Pedro, a seventeen year-old man from 1962 who has fled Cuba through the underground operation that came to be known as Operacion Pedro Pan. Together they navigate a spiritual world that transcends the past and present. Pedro searches for his family as Wendy discovers what she was really after all along.

About Operacion Pedro Pan:
From December 1960 until October of 1962, Operacion Pedro Pan brought 14,048 unaccompanied minors to the United States from Cuba. The Cuban government enacted a law called Patria Potestad, which meant that the government owned everything-including control over education and children. At any time the government could have chosen to take control of children and parents feared that they would be taken away to be indoctrinated by the communist government. With the help of the Catholic Welfare Bureau and a priest in Miami named Msgr Brian Walsh, parents began sending their children to the United States unaccompanied, assuming the government would fall within a matter of months. Children were sent to family members in the US, or settled in homes, orphanages, and temporary camps in 30 states. After the failure of the Bay of Pigs invasion, it became evident that families would remain separated. Some were reunited with their parents after a few months, some several years, and some never saw their parents again. Operacion Pedro Pan is currently the largest recorded exodus of unaccompanied minors in the Western Hemisphere.